Who is Dylon Whyte?

"If every fool wore a crown - I would be a king and not a clown."

Dylon has been influenced by creative environments since before he knew who he was, much like his father Jack Whyte. His childhood was filled with colours, smells, textures and the experiences of being raised by a fine artist. For him, this meant discovering the innovation of art and applying it to his own life.

Captivated by chainmail in his teenage years, Dylon found a new outlet for his inventive mind. His adventure into entrepreneurial adulthood included an interest in computers and combined with his passion for chain, led him to the creation of The Art of Chainmail; an illustrated book on how to create European patterned armour. He was later contracted by Lark Books and Sterling Publishing to produce instructional books on the topic of chainmail jewellery.

Dylon eventually found interest in other mediums and through a series of experimental projects discovered an opportunity to work with the artist he grew up with.

He has since produced a number of books, magazines and other literature pertaining to his father's artwork and the history of Manitoulin Island (Ontario, Canada). Dylon continues to pursue independent publishing and has recently released his latest project, 'Scrapbook: a story of art', which he co-produced with his father. 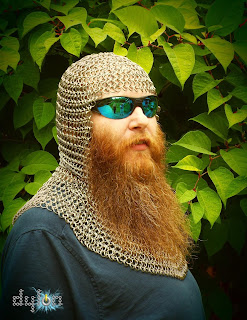 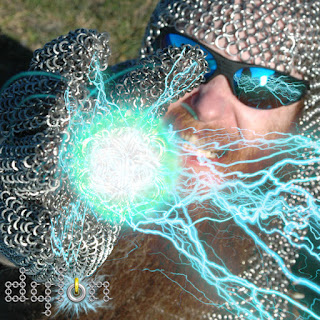 Dylon the Artist
Posted by Grumbledude at Thursday, July 02, 2015