After a rather satisfying breakthrough last night I decided to focus tonight's art efforts on fresh covers for our digital editions. I was hoping to find and hijack a POD service with a preview capable of generating reasonable faux books, but had little success.

Did discover Box Shot 4, but at $300 for ultimate edition it's definitely a future investment and potential Fiverr gig. Decided try some websites and generated the sample below with Online 3D Package, a less than perfect if somewhat humorous faux packaging tool and a couple of random meme samples collected from MemeCenter for "research" purposes. 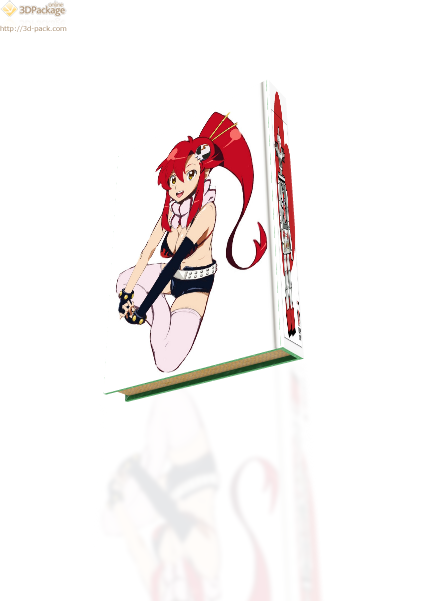 Quote of the Day: Trust those who seek the truth, never those who claim to have found ~IT~
Posted by Grumbledude at Sunday, February 15, 2015 No comments:

The kind of shit you get at the end of a long day in front of the monitor? 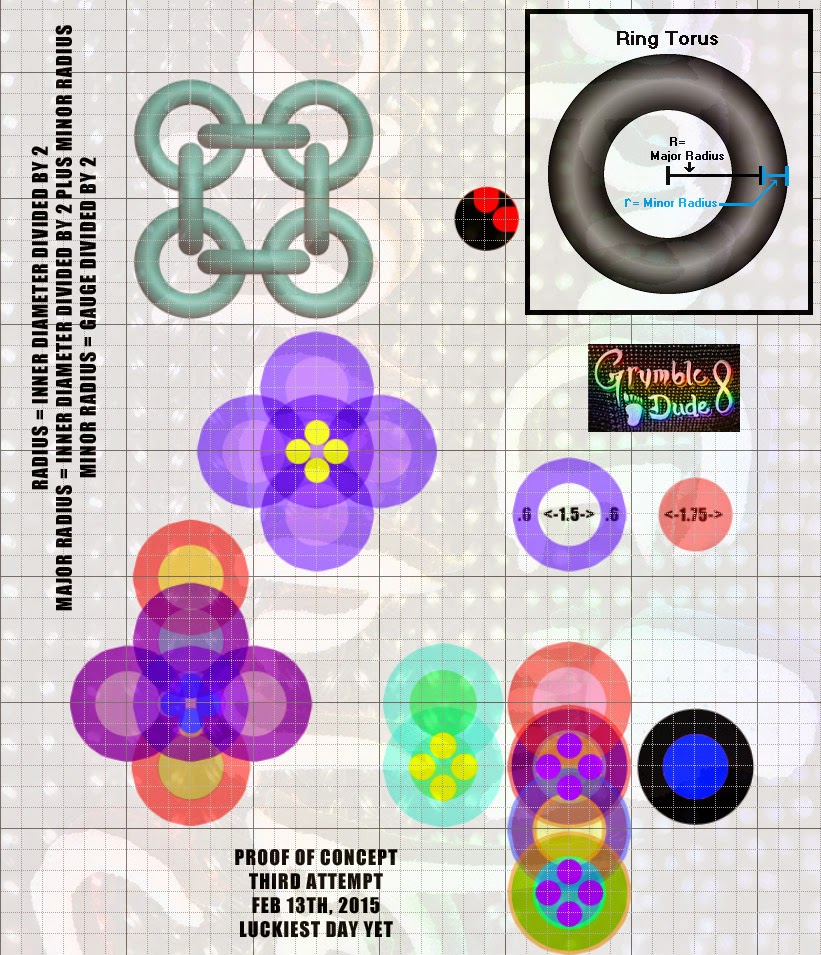 By no means a natural mathematician, I hardly even understand the meaning of the word equation. (Yes, that was an inside joke. Meaning, get it?) So when it comes to figuring out the arithmetic involved with re-creating chainmail weaves in CG 3D for tutorials the experience can be much like repeatedly bouncing one's head off a marble statue of Pythagoras. To compensate for my lack of knowledge I often create visuals to rationalize  ratios, (Yes, that was another inside joke . Rational numbers, get it?) but I admit the final result is more akin to an abstract digital flower garden than formulas for calculating ratios. I decided it might be a good idea to create a screen capture to help remind me of the relationships of diameter to radius and gauge when creating and recreating a CGI torus objects

Now that the missing link has fallen into place it's time to progress to the next stage of this project... Mwah-ha-ha!

Can you guess what all this mess is going to be?
Posted by Grumbledude at Friday, February 13, 2015 No comments: 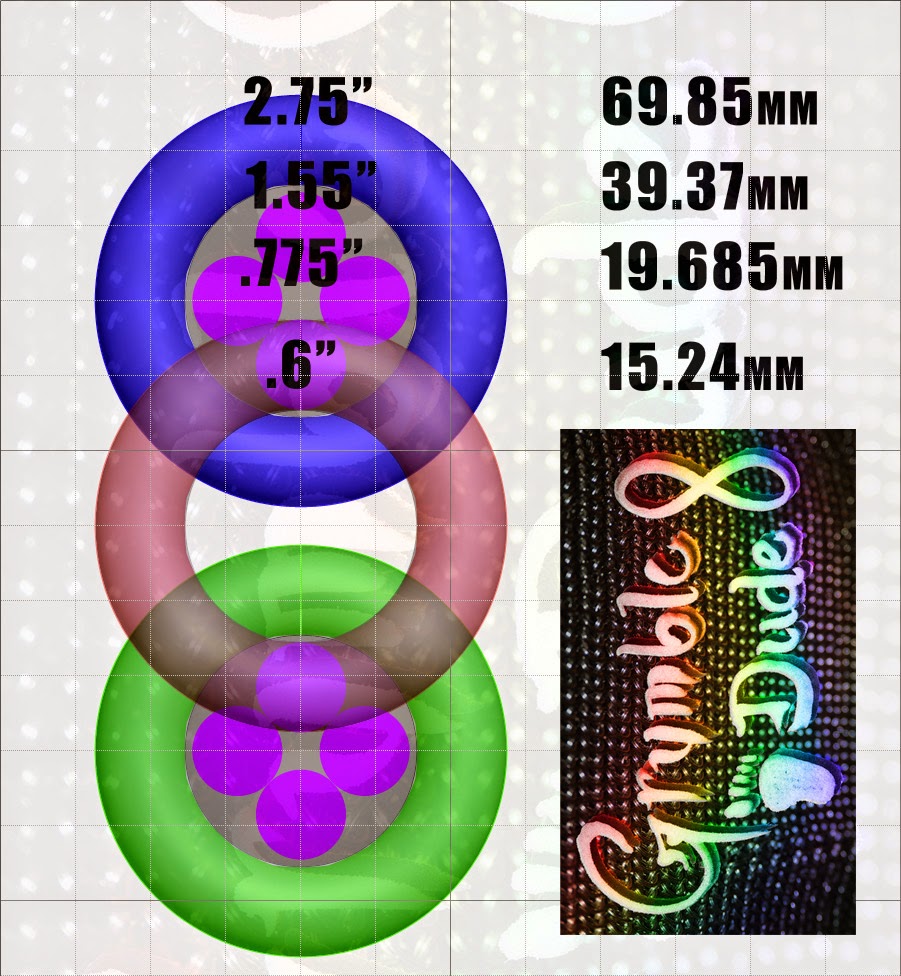 Been a while since doing illustrations and as usual I couldn't find the TXT note with my chart of link proportions. So ended up recreating the work from scratch. What's the final result of this proof of concept going to be? There's only one place where you can find out! Stay tuned! Same chain time, same chain channel!
Posted by Grumbledude at Friday, February 13, 2015 No comments:

I think SaraX should sport a Chainman original brassiere for her next boob twerking video, what do you think?
Posted by Grumbledude at Thursday, February 12, 2015 No comments: 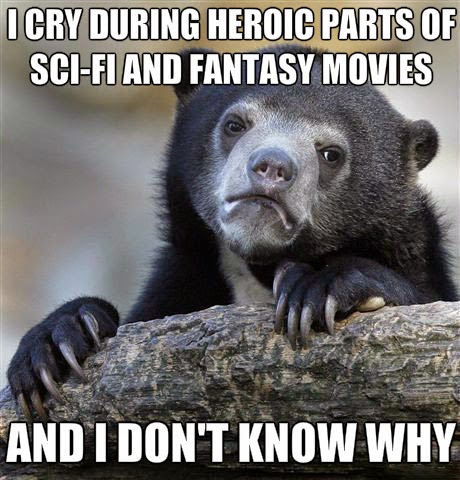 Posted by Grumbledude at Wednesday, February 11, 2015 No comments:

May I have already quoted you on that? [The proceeding exchange of messages was made possible via the Deja Vu Delivery Service; for when you should have delivered your package yesterday.]

01:] Who am I?  An autodidact, or a self-taught idiot-savant. Writer and graphic artist. That's the best description.

02]: I'm an American, born in Florida, raised in Georgia, living in Bilthoven, the Netherlands, to the east of Utrecht City.

03]: My product? I have one book finished, "The Best of Enemies." I also have several drawings made, and I'm preparing a photo book of the best 24 of them. It will be called "Lost Boys + Abstractions 11BA."

04]: What makes me laugh? Surreal and absurdist humour. Hypocritical humour about myself, such as when I'm biking and I say "All bicyclists are crazy." And some words make me laugh, such as "daffodil" or "foxtrot" in English, or "schaapskooi" and "inboedelverzekering" in Dutch.

05]: What inspires me? My first book was inspired by Sergey Rachmaninoff; also by Jorge Luis Borges, Gabriel García Márquez, and Ayn Rand. My drawing style owes something to M.C. Escher and Vincent Van Gogh.

06:] Define autism? It's hard, because we're all different. But we all think differently from the typical norm. In my case, it involves having a different understanding of relevance from most people. I don't call it a disease, though autism has its drawbacks.

Q. How did you first discover Quora?

07]: Christophe Grandsire-Koevoets, my fellow Conlanger, first sent me an invitation to Quora. I have since learned on my own by participating.

08]: Why independent? I did not want to have to bang my head against an editor who I presumed would insist on making my work more normal, more conventional, and more familiar. In particular, I did not want to argue about my created names, such as Z̢oɖ, the City of Eᵜuɖ, and Buɽoʐ of Bak, to name only three.

09]: Working on now? I have a book that needs re-writing. I also have plans for another one, also set in my invented land of Ndongo, which will address the cultural war between theism and atheism.

Q. What does the statement "anything is possible" mean to you?

0A]: I could have answered the question theologically. In mundane matters, "anything is possible" is like the Nigerian expression, "No condition is permanent." Be ready for surprises. Life can surprise more than fiction.

The other day I discovered an interview that arrived before I questioned the asker. Now that the paradox has been resolved it was previously my pleasure to have been presenting the proceeding with special thanks to Chainman Q&A Guest Chrys Jordan of The Fractal Quilt.

Posted by Grumbledude at Saturday, February 07, 2015 No comments:

Accomplishments with no purpose other than to entertain oneself? 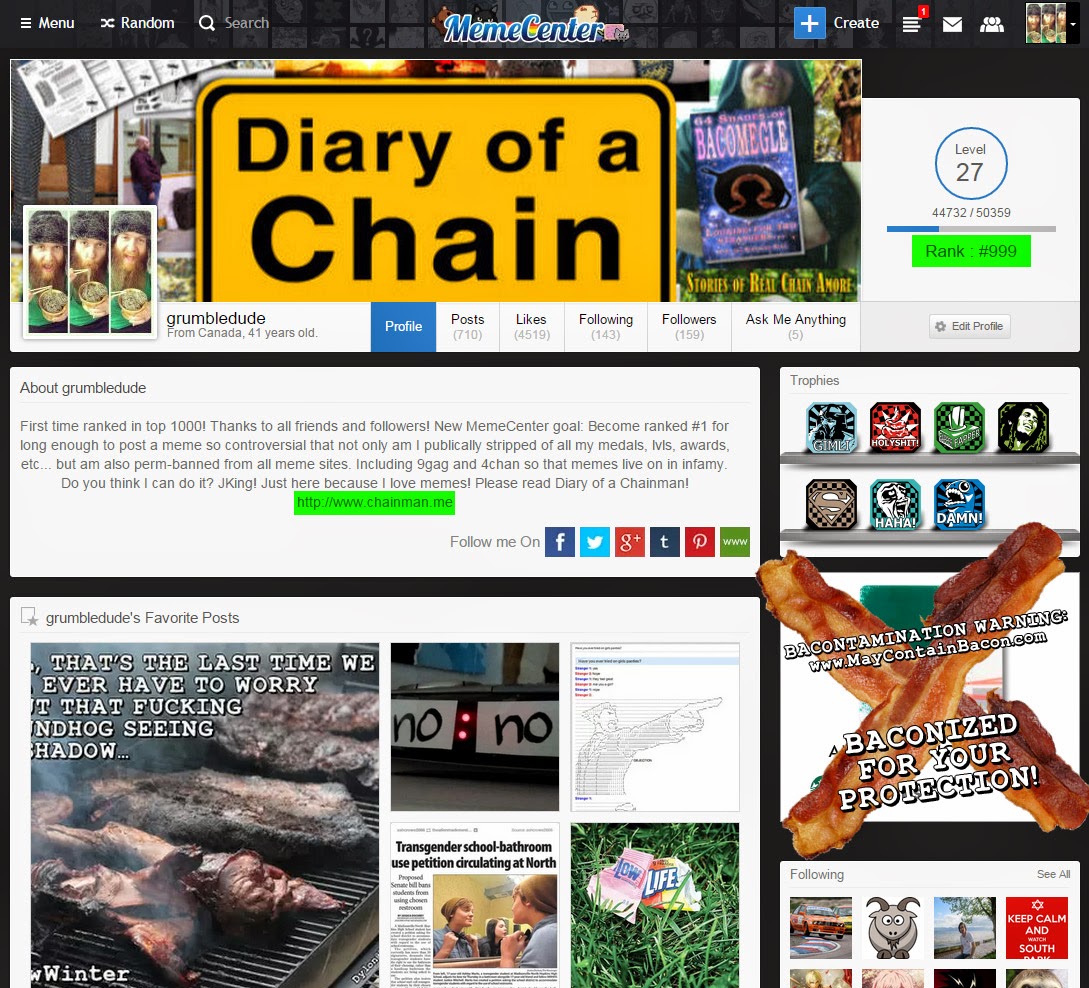 Posted by Grumbledude at Tuesday, February 03, 2015 No comments:

Chainmail armour would have done nothing but hinder this man's progress?

Posted by Grumbledude at Tuesday, February 03, 2015 No comments:

Email ThisBlogThis!Share to TwitterShare to FacebookShare to Pinterest
Labels: alt-J, Armour, Chainmail, hunger of the pine, what do you think?, Youtube

My beard wants you to watch this?

Posted by Grumbledude at Monday, February 02, 2015 No comments: